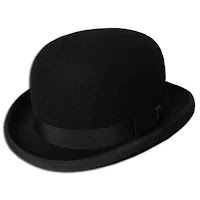 At last year’s Civil Service Live I gave talks to about 150 people on modern ways of working in the civil service. Alex Allan, a long term champion of modernisation sponsored and chaired the sessions. It was great fun to do some free thinking on how we could work differently in what is arguably Britain’s biggest knowledge factory. In the spirit of the event I published the slides which have been viewed nearly 1,000 times. There was a strongly positive reaction from our audience, mostly front line workers who complained of ‘death by email’ and were passionate that ‘there must be a better way’.

The feedback from Civil Service Live, inspired me to set out a knowledge working vision for Whitehall – ‘Blackhall’ a ‘universe like ours but different in many ways’. With Alex's explicit permission I am publishing the Blackhall internal paper here in advance of Civil Service Live 2009 where we are taking part in a session on 'Digital Engagement' at 1115 on Wednesday 8 July at Olympia. (The paper has typos etc in it - please let me know of errors or omissions i will republish a commentable version when I have time.)

The Blackhall paper asks whether there is a cheaper, quicker, greener, better version of policy making and administration if modern ways of working are adopted in the civil service. Things like the ability to 'Google' filesystems across Departmental boundaries, fully flexible place independent working, transparent online diaries, the ability to find people with the right experience using internal directories similar to Facebook etc etc.

The Blackhall I describe is powered by a pervasive electronic working environment of the sort that you can create yourself in a low security way using free web tools. Or that is found, more securely and expensively in some knowledge businesses. It is common to see people arriving from say a management consultancy in the civil service who are baffled as to why they can't work as flexibly as they are used to. The day one experience of the Obama's Whitehouse team was instructive- 'It is kind of like going from an Xbox to an Atari'. Whitehall though is better than the Bush Whitehouse.

Since I wrote the paper, some excellent work has been done to create a secure internal civil service wiki 'Civilwiki' - 'Blackhall' was the first substantive article and is in the top ten. And the philosophy behind the Public Sector Flex desktop is the right direction of travel.

A big obstacle to pervasive knowledge environments in Whitehall has been, historically security. Central government faces some eye watering IT and other security challenges that the private sector does not. But for the security community to manage these risks, which with great skill they often can do, a coherent vision is needed. Given Alex Allan's role in the security apparatus I am always heartened that he backs this vision. To get Blackhall across I have been asked to speak at IA09 the big government security conference.

Political leaders seem to be heading in this direction.

Tom Watson MP, when cabinet office minister said in a speech at IPPR that:


‘the policy process is a bit like building a Morgan in Malvern: a handful of people taking years to create a beautiful, hand-crafted model…but surely the future is to be more like a Toyota made in Derby, modern tools, modern processes, high-speed development and delivery.'


"will make the man in Whitehall redundant". He said a Conservative government was committed to using technology to give people more power over their lives and to scrutinise and choose public services.....Do we embrace the new culture of openness, transparency and interactivity? Do we respond as if we, too, were 'born digital'? Or do we stick with the same clumsy, controlling tactics of a tired political system?"

George Osborne MP said in a newspaper diary that:
‘David Cameron and I meet…..the founders of Google and two of the most creative people I've come across. We talk about the contrast between their world and the world of government, stuck as too much of it is in a bygone bureaucratic age’. Observer 25th May 2008

I'd be interested to know what people think of 'Blackhall' - is it something worth pursuing, or are the old ways best? Can the security risks be managed? What are the obstacles? Who should lead this change? Is it something the Institute for Government should look at in their work on transition or the National School of Government? Are your knowledge tools better at work or at home? Have you got some great examples of modern knowledge working or some bygone practices you could change?

If you are a civil servant and want guidance on commenting in public then there is simple guidance here.

Disclaimer: the above is expressed in a personal capacity and does not reflect the view of the government nor the cabinet office. William Perrin is on sabbatical/special leave from the Cabinet Office running a community empowerment project Talk About Local.
Posted by William Perrin at 8:24 PM 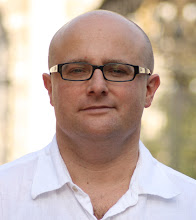